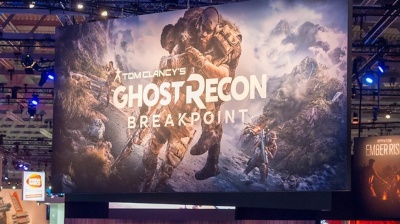 In 2019, the industry stood out through several famous games created in Romania by the large gaming studios' local offices, such as Ubisoft's Tom Clancy's Ghost Recon: Breakpoint.
By bne Intelliews October 21, 2020

The turnover of the game development industry in Romania, which includes over 100 local studios, has exceeded $200mn in 2019 for the first time, according to the annual study by the Romanian Game Developers' Association (RGDA) quoted by Economica.net.

The study is conducted as a preamble to Dev.Play, the conference of video game developers in Romania and Eastern Europe, which will take place online this year on November 3-4.

In 2019, the industry stood out through several famous games created in Romania by the large gaming studios' local offices, such as Ubisoft's Tom Clancy's Ghost Recon: Breakpoint and Electronic Arts’ FIFA 2020.

According to the report's authors, five critical years are coming, when the local industry must prove its creative potential and produce original titles with international impact.

The state's support would greatly help, they argue, highlighting the case of Poland where such state aid resulted in over 50 game developers listed on the Warsaw Stock Exchange.

Over half (59%) of the Romanian studios are based in Bucharest, 17% in Cluj-Napoca, 7% in Iasi, 5% in Timisoara and 3% in Brasov, with the rest operating in small towns across the country.

In the industry with more than 6,000 specialists, 74.2% of studios are video game developers, while 12.1% provide quality assurance, location and creative outsourcing services. About 10.3% of studios work as publishers for their own games and 3.4% of studios create gaming infrastructure solutions.