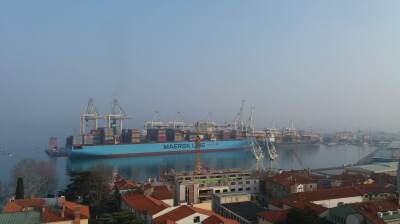 On top of the chaos and slump in demand caused by the coronavirus (COVD-19) pandemic, several Central European countries where the automotive sector accounts for a substantial share of their economies and exports were already threatened by the increasingly antagonistic global trading environment.

Since the start of his presidency, US President Donald Trump picked fights with the EU and particularly China, which he saw as the US’ main international rivals, sparking trade wars that were seen as particularly harmful for the region’s small open economies dependent on a sector with extended intentional supply chains. Czechia, Hungary, Slovakia and Slovenia in particular have large automotive manufacturing and components sectors in relatively small economies.

The presidency is set to be handed over from Trump to president-elect Joe Biden in early 2021, signalling radical policy change in many areas and the revival of the US’ close relationship with Europe.

“We certainly hope that the US will to return to supporting multilateralism and we hope the US will become more supportive of the WTO and rejoin the Paris [climate change] agreement,” said the European Bank for Reconstruction and Development (EBRD) chief economist Beata Javorkik in an interview with bne IntelliNews shortly after the US presidential election.

Meanwhile, analysts are still sifting through Biden’s past statements in an attempt to divine what his policy will be on China.

Noting that US trade policy will be "very important, for lots of reasons, for this region”, Richard Grieveson, deputy director at the Vienna Institute for International Economic Studies (wiiw), told a webinar on November 12: "Trump’s trade policy on China was probably the area where he had the most bipartisan support. I didn’t feel much resistance from the Democrats. I think he’s moved the debate on China and it’s going to be very hard to get back to how it was.”

Speculating on future US policy under Biden, he said: “It’s true that Biden’s language has been quite conciliatory so far towards China, but I’m still very sceptical about how much is really going to change. I think the idea caught hold in the US that China is undercutting the US, stealing ideas from the US. When it comes to the open, globalised world, I don’t think, in economic terms, it’s coming back.”

“Joe Biden’s victory in the US presidential election means that Washington will continue its confrontational policy towards Beijing,” wrote Jakub Jakobowski, project co-ordinator, connectivity in Eurasia at the Warsaw-based Centre for Eastern Studies (OSW), in a comment. However, while policy will broadly remain the same, Jakobowski forecast that Washington will “clearly change its tactics”. In particular, he forecasts that the US’s trade policy towards China will see the biggest policy change as Trump’s customs wars are seen as ineffective.

“It is very probable that Biden will test the effectiveness of a return to the use of multilateral institutions and trade agreements in order to ‘encircle’ China economically and creating separate economic co-operation frameworks for the developed countries, to which China will have no access,” Jakobowski wrote.

“Biden will adopt a less abrasive tone towards Beijing, and will seek China’s co-operation in areas of mutual interest, but the substance of US policy on China will remain tough … It is even possible that the competition between the US and China may intensify,” wrote Ian Bond, director of foreign policy, and research fellow Luigi Scazzieri of the Centre for European Reform think-tank.

When the countries of Central Europe embarked on their transition just over three decades ago, they had certain advantages, not least a strong history in the automotive industry, skilled and relatively cheap workforces and proximity to West European markets, in particular Germany that encouraged specialisation in the auto industry. This saw international automakers as well as component producers set up factories in the region from the early 1990s. However, the resulting vulnerability to external shocks had led economists to warn even before the pandemic of the benefits of evolving to a more balanced model.

This point was made back in mid-2019 by European Central Bank president Mario Draghi, who noted the CEE business model “has become vulnerable to shocks to international trade and financial conditions”.

“The main long-term challenge is moving towards a more balanced growth and financing model, which is more reliant on domestic innovation and on higher investment spending than it has been so far,” Draghi said, as reported by Reuters.

“For Central Europe the growth model was under pressure in a way anyway,” said Grieveson on November 16.

“This trade war was just another thing exposing the extreme export reliance, the extreme openness, especially in three of the smaller Visegrad countries. I think a changing tone in the US is net positive for these smaller economies, but it’s still a pretty challenging situation for them and it will be at least during this forecast period.”