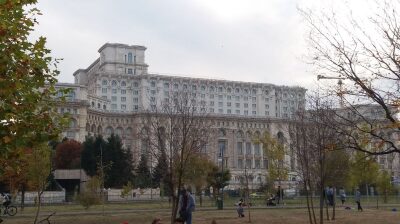 By Iulian Ernst in Bucharest September 6, 2021

In just a few days, Romania moved from having a relatively stable and functioning centre-right ruling coalition to an explosive political situation with no credible mediator to defuse it and no baseline scenario.

A volatile majority of parties has lined up behind a no-confidence motion against the Romanian government, reportedly filed by junior ruling partner USR-PLUS on September 3.

President Klaus Iohannis, supposed to be the mediator of last resort, is believed to have significantly contributed to the crisis.

The outlook will gain clarity on September 6, when the parliament is expected to schedule the no-confidence motion drafted by USR-PLUS and co-signed by radical rightwing party AUR. If the outlook remains fuzzy until that time, the internal elections held by the (still) senior ruling National Liberal Party (PNL) on September 25 will provide more visibility.

The developments remain unpredictable in the very short term mainly because each of the three forces pledging to back the no-confidence motion against the government has a different target.

The Social Democrats (PSD) insist on early elections, while reformist USR-PLUS wants to keep intact their coalition with the Liberals (minus PM Citu). AUR hasn’t decided what it wants, but it is ready to cooperate with any party on specific projects of interest such as the return to two-round mayoral elections.

If this diverse ad-hoc opposition majority lives until the no-confidence vote (if any) and has the motion endorsed, it will certainly disintegrate, leaving behind a major political crisis and possibly early elections for the first time in Romania in decades.

The chances of another USR-PLUS/PNL/UDMR coalition, although fiercely backed by Iohannis, depend on thorough changes within the PNL including Citu losing the internal elections on September despite the president’s visible support.

Such a scenario is not totally impossible, only unlikely.

The unexpected crisis was triggered by Citu who, after dismissing the reformist minister of justice Stelian Ion on September 1, approved the controversial €10bn public investment project two days later. According to rumours, Iohannis wanted Ion replaced to play a more prominent role in the appointment of head prosecutors. The €10bn investment project was Citu’s initiative aimed at helping him gain mayors’ support against his rival for the PNL leadership, incumbent PNL president and former prime minister Ludovic Orban. This prompted USR-PLUS to say it could no longer work with Citu, accusing him of planning to “rob public money”.

USR-PLUS eventually decided to minimise its losses at the cost of becoming part of an awkward alliance involving AUR and the PSD.

The calendar for debating and voting on the motion not yet announced by the parliament on September 4, at a time when the PSD, the biggest parliamentary party, was still mulling whether to file its own motion or back the one drafted by USR-PLUS.

The PSD’s ambiguous position was seen by some as hidden support extended to the PNL against a reformist coalition (USR-PLUS/AUR), while their commitment to back USR-PLUS is still doubted by some.

However, the following day the PSD president unambiguously stated that the Social Democrats will vote for the no-confidence motion drafted and filed by USR-PLUS, “in case the motion will be voted on in parliament”. (There are rumours are circulating about some bureaucratic irregularities in the draft of the motion.)

Alternatively, the PSD wants to cooperate with USR-PLUS and AUR to draft a joint motion — an uncertain scenario given the rivalry and lack of common ground between the three parties.

AUR has reportedly already signed the no-confidence motion filed by USR-PLUS in its attempt to overthrow the government on September 3. This prompted immediate reactions from Iohannis, who accused USR-PLUS of seeking support from a party that “does not accept the European values”.

bneGREEN: Brussels labels both gas and nuclear as green