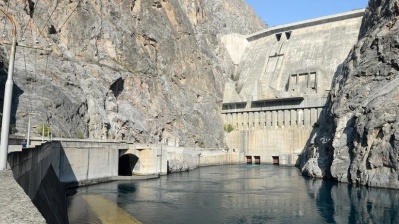 Kyrgyzstan’s state power supplier has warned of possible energy shortages as consumers set a new daily record for power consumption in summer. Central Asia is being gripped by the same heatwave blanketing much of the northern hemisphere.

On July 19, electricity consumers increased consumption by around 20% compared to the same day over the previous two years, according to data released by the National Energy Holding.

The power supplier did not offer any explanation for the rise in consumption. But a key factor was likely increased use of air conditioning to combat what the company laconically described as “ongoing abnormally hot weather.”

Daytime temperatures in Bishkek are currently hovering in the high 30s Celsius (over 100 Fahrenheit), compared to a historical July average in the low 30s.

However, the city is cooler than some other parts of Central Asia, a region warming faster than the global average.

Mangystau in arid western Kazakhstan recorded a temperature of 50 degrees on July 18, and temperatures have been hitting the mid-40s in Uzbekistan’s capital, Tashkent.

Kyrgyzstan’s power supplier warned that the rise in consumption spells trouble at the Toktogul reservoir, which supplies some 40% of the country’s electricity.

Toktogul is currently emptying out almost as fast as it is filling up, the National Energy Holding warned. That is a problem because the reservoir usually replenishes in summer as snows melt in the mountains, and the water is stored to generate power in winter.

The situation is alarming not only for Kyrgyzstan but for neighbours downstream in Uzbekistan, Tajikistan and Kazakhstan, which also rely on Toktogul for water to irrigate crops and generate energy.

As Kyrgyzstan faced energy shortages this winter, Bishkek was already warning neighbours to expect less water as it would be forced to conserve supplies for itself.

Last autumn, the water level at Toktogul was lower than it had been for a decade owing to a dry, hot summer – and this year’s heatwave threatens to cause similar problems.

The level at the reservoir, which can hold up to 19.5bn cubic metres (bcm) of water, is not at present critically low, however.

It currently contains 12.7 bcm, according to the National Energy Holding, which is far more than the 5.5 bcm considered too low to produce electricity.

But still, concerned that current consumption levels are not sustainable, the company “is urging consumers to take a sparing attitude toward the consumption of electric power in order to assure the reliable work of the whole energy system.”

Joanna Lillis is a journalist based in Almaty and author of Dark Shadows: Inside the Secret World of Kazakhstan.

Kyrgyzstan claims to be mulling end to graft-ridden customs service

Kyrgyzstan claims to be mulling end to graft-ridden customs service
Ukraine faces one of worst declines in GDP from a war, says EBRD
EBRD warns of risk of 'zombification'