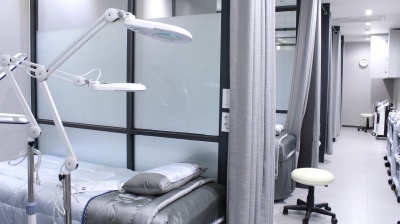 / Sungmin cho via Pixabay
By Iulian Ernst in Bucharest July 5, 2022

Immofinanz, one of the largest players in the local real estate market, has announced the signing of a 25-year lease for 6,500 square metres in Victoria Park office building to Leventer Medical Group, one of the most important private skin health operators in Romania.

This is the third project in Romania to transform an office building to house a private hospital, according to Economica.net.

The leased area will host Leventer Hospital, the country’s first private dermatology and surgical oncology hospital, and the transaction is one of the largest in the office sector this year.

Leventer Medical Group will invest around €10mn in the future hospital which is planned to be launched in 2024.

Victoria Park office building is located in the northern area of Bucharest, with easy access to both Bucharest centre and the two airports.

Leventer Hospital will occupy an area of 6,500 square metres of Victoria Park office building, with five operating rooms and over 60 beds.

The medical unit will also have an outpatient department with 15 offices and treatment rooms, a pathological anatomy laboratory, imaging and superficial radiotherapy and orthovoltage compartments.

This is Immofinanz’s second major project to adapt an office building to accommodate a hospital to international standards after it also signed a 25-year lease last year with Provita Group, which is developing a multidisciplinary hospital in the IRIDE 18 building.

Medicover, one of the largest players in the private medical services market, will also convert the Multigalaxy MG 1 office building, located in Bucharest, near the Bucharest-Ploiești highway, into a hospital with over 150 beds.