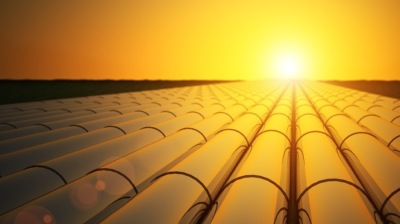 Sofia is looking to revive a trans-Balkan oil pipeline project stretching from the Greek port of Alexandroupolis on the Aegean Sea to Bulgaria's Black Sea port of Burgas. / bne IntelliNews
By Fuad Shahbazov in Durham January 23, 2023

The current energy deficit in Europe caused by Russia’s military intervention in Ukraine pushed energy-poor Balkan and Eastern European countries to seek alternative sources of crude oil and natural gas. Countries like Bulgaria and Serbia have already inked agreements with Azerbaijan, Turkey and Hungary to receive additional volumes of natural gas and crude oil. However, it is insufficient to meet the growing energy consumption.

As such, amid the EU’s embargo on Russian oil and gas, Bulgaria is looking to revive a trans-Balkan oil pipeline project stretching from the Greek port of Alexandroupolis on the Aegean Sea to Bulgaria's Black Sea port of Burgas to secure non-Russian crude oil supplies for its only oil refinery on the Black Sea, controlled by Russia's Lukoil.

The renewed debates regarding the postponed pipeline project intensified amid the rising fees for oil transits through the Bosphorus strait. Indeed, the growing discontent in the Balkans with the EU's embargo on oil and gas led to Sofia asking for and being granted a two-year exemption from the EU’s ban on Russian crude imports until 2024. Hence, given the current level of negotiations between Athens and Sophia, a new agreement will likely be signed in the coming weeks.

The initial oil pipeline project emerged in 2007 and entailed the delivery of approximately 50mn tonnes of Russian crude oil to Greece via Bulgaria annually. The project's cost was estimated at around €1bn and intended to shorten the oil export route to Greece and avoid the Bosphorus strait.

Russia’s leading energy companies – Transneft, Rosneft, and Gazprom — secured 51% of the pipeline project via the established Burgas-Alexandroupolis Pipeline Consortium joint venture, though the project has never been fully implemented, as Bulgaria abandoned it in 2012 officially following a local referendum over environmental concerns, in fact, due to the US pressure to prevent the country from deeper energy cooperation with Russia.

Nevertheless, Bulgaria urgently needs to secure enough non-Russian crude to keep operations running at the 196,000 barrels per day (bpd) Black Sea refinery, providing over 75% of the fuels for the local market. However, Bulgaria’s plans to revive the 300 km-long pipeline and its extension north to the ports of Varna and Constanta would be economically unprofitable and problematic in terms of logistics. For example, Burgas's gas consumption level is not that high, and Bulgaria would have to buy additional crude oil on the global market, deliver it to Greece, and pay transfer fees.

Also, the oil-carrying tankers are supposed to cross Turkey's straits, which continuity may be subject to potential political disputes between Sofia and Ankara in future. In such scenarios, Ankara may halt or limit the passage of oil tankers through its maritime territories. Moreover, additional infrastructure works for the pipeline revival would require significant state investments, creating additional challenges for Bulgaria.

The initial pipeline agreement clearly outlined the Russian supply sources and beneficiaries, whereas the renewed agreement still needs to specify these factors. Indeed, Bulgaria's enthusiasm for reviving the long-awaited pipeline project is attributed to its efforts to decrease dependence on Russian fossil fuels. Therefore, Bulgaria is desperately seeking alternative sources to supply its oil refineries with necessary raw materials, just like Serbia does. For example, as of today, Serbia’s NIS, partly owned by Russia's Gazprom (51%), operates two main oil refineries and is eyeing the opportunity to build a 128 km-long interconnector via Druzhba pipeline with the support of Hungary to import more Russian crude oil. Considering that the Druzhba pipeline is exempted from the EU's embargo list, it eases Belgrade's access to Russian crude oil via Hungary.

In light of the global energy and economic crisis and regional disputes such as Greece-Turkey and the Bulgarian government’s dissatisfaction with Ankara’s deep engagement with the ethnic Turkish political figures in the country, the final consensus on the Burgas-Alexandroupolis pipeline is likely to happen in the middle of 2023. As such, Ankara’s recent decision to increase tariffs for oil tankers using the Bosphorus and Dardanelles passages that quintupled to $4 per tonne of oil gave a strong boost to the project. The new tariffs enabled Turkey to increase its revenue from transit fees from $40mn to $200mn annually.

While the talks with Greece regarding the pipeline project proceed, Bulgaria apprehends that it has a limited time to find a permanent solution to ensure oil flow to the country to replace Lukoil. Failure to implement the project by 2024 would have harsh repercussions for Bulgaria in terms of the energy deficit and economic crisis in light of deepening anti-EU rhetoric.

Fuad Shahbazov is a Chevening FCDO scholar at the University of Durham School of Government and International Affairs (SGIA).

PANNIER: You won’t catch Turkmenistan putting all its eggs in one (Russian) basket

Turkmen President Serdar Berdimuhamedov’s visit to Beijing may not have secured more gas sales, but it did serve to reaffirm ties with the country’s only stable major partner.

PANNIER: A very Turkmen coup
3 days ago
NEMETHY: Is Ukraine War the beginning of World War III?
7 days ago
RIDDLE: The Russian army in 2023
7 days ago
‘Yesterday’s strategy won’t do’ in Europe’s approach to Iran says Carnegie analyst
12 days ago
PANNIER: You won’t catch Turkmenistan putting all its eggs in one (Russian) basket
14 days ago