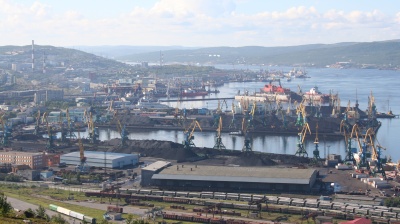 Prime Minister Roman Golovchenko told state Belarusian media last week that country's exports are recovering. According to Golovchenko, Belarus had a “positive trend in the monthly recovery of exports,” also adding that the export of goods had been increasing by 6-8% since June. Golovchenko also mentioned that Belarus’ foreign trade surplus was improving, claiming that “at the moment the surplus is $2.3bn, and we expect it to increase by $500mn in August.”

On September 12, Belarusian President Alexander Lukashenko commented on a report about the performance of Belarus’ transport sector amid Western sanctions. According to Lukashenko, Belarus’ transport industry ensured that the country acquired nearly half (45%) of its foreign currency earnings from exports.

Lukashenko emphasised that since many ministers have been told to increase production this year, it was important that Belarus’ Transport and Communications Ministry managed to solve all problems concerning the sanctions-affected logistics chains in order to increase the profitability of both exports and domestic sales.

Belarusian exports and imports have both been hit hard by Western sanctions this year, as Belarus is reportedly unable to export around $18bn worth of goods abroad. Most of these goods also belong to some of Belarus’ highest foreign currency earning products such as fertilisers and oil.

Belarus’ fertilisers exports is one of the country's main foreign currency earners. Sanctions against foreign currency earning sectors are hitting the debt-heavy Belarusian economy especially hard as it quickly needs to receive more dollars and euros in order to pay off upcoming Eurobond payments.

While first being mentioned as an optional route in August last year, Russia’s Murmansk region has since fallen off the agenda as Belarusian officials have focused on redirecting potash exports to Russia’s ports around St Petersburg.

However, since those ports are currently busy with exporting Russia’s own sanctioned potash there has been talks of Belarus building its own port in Russia’s Leningrad region. It is perhaps due to this that Murmansk has returned as an important alternative route for Belarus’ redirection of its potash exports.

On September 8, Lukashenko announced that Belarus intends to redirect a portion of its potash exports through ports around Murmansk; this idea was also supported by Russian President Vladimir Putin.

However, as always, the official statements may initially make out that all problems has been solved while this is actually far from being the case. According to the news outlet Sea News, local media in Murmansk reported that this also concerns the building of a Belarusian port in the Murmansk region on the west coast of the Kola Bay with a planned terminal capacity of 5-7mn tonnes per year (tpy). No immediate larger redirection of Belarusian potash exports can therefore be anticipated in the short term.

Furthermore, Lukashenko told Murmansk Regional Governor Andrei Chibis that “The parties have already reached the necessary agreements, but still have not determined the cost of shipping cargo by rail. I know that this is a federal government issue, but nonetheless, if you get involved in this, we'll solve this issue faster. Key decisions have been made.”

This issue is the same problem which some analysts brought up last year when Belarusian officials seemed certain that working out transport agreements with Russia would be done swiftly. Not only is there a problem with the capacity of Russian ports, and now with the rolling stock being stuck in Ukraine; the procurement discussions on rail transit from Belarus to Russian ports also pose a serious problem.

Belarus’ transport sector is especially important to Minsk since its state-owned and as a part of Belarus’ centrally run economic model, Minsk also ensures that it owns and handles as much as possible of the transport route. However, being dependent on Russia, Belarus will probably have to give in to Russian cargo handlers’ demands to also be allowed to handle some of the exports.

These procurement negotiations are not easy as Russian logistics operators likely want to maximise their profits, while Minsk wishes to minimise them. It thereby becomes a political question, and perhaps Lukashenko hopes that Chibis can help him get the Russian government's help to solve this issue.

Polish proposed ban on Russian rubber may give the European tyre industry a flat
23 hours ago
Prague to have a new municipal government after record-long negotiations
1 day ago
Party congresses of Hungarian opposition demonstrate deep divisions
1 day ago
At least 500 dead after huge earthquake hits Turkey, Syria in early hours
1 day ago
Turkish minister tells US ambassador ‘Take your dirty hands off Turkey’ as sanctions sparks fly
1 day ago