Ozon plans to re-structure $750m of bonds amid suspensions storm 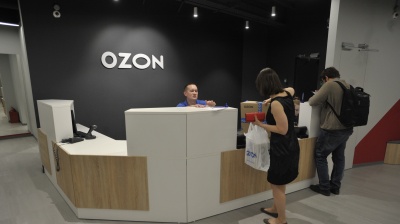 Ozon says it is still operating as normal, with almost a billion dollars of liquidity. / Image: bne IntelliNews.
By bne IntelIiNews March 10, 2022

Russian e-commerce major Ozon has announced plans to re-structure obligations worth $750m, the company announced on Thursday. The move was precipitated by Nasdaq’s decision to suspend all trading of Ozon’s American Depositary Shares (ADS) on February 28.

Following the Russian invasion of Ukraine on February 24, western markets have dropped all things Russian from their indices and halted trading of Russian equities. Morgan Stanley’s MSCI, London’s FTSE Russell index, and S&P’s Dow Jones are among the major benchmarks dropping Russian stocks and bonds.

Russia’s e-commerce leader Ozon is listed on New York’s Nasdaq exchange, and fell prey to this trend. The formal explanation for its suspension of trading is the extreme volatility of the current market environment, but it is more likely to be linked to a deliberate boycott of Russian business. Under the terms of its ADS issuing, a de-listing event occurs if trading is suspended for seven days are more. This clause was triggered after close of trading on March 8, when Nasdaq had not resumed trading of the ADSs.

In spite of the delisting event, Ozon emphasised that it was continuing to operate as normal, with 113bn rubles (currently around $950 million) of liquidity to support ongoing operations and obligations to investors. The company said that much of that liquidity was held in deposits in Russia, mostly in foreign currency.

Ozon is not the only company to be caught between western entities boycotting Russia and Russia’s own capital control measures. Trading of tech giant Yandex on Nasdaq was also halted by the Securities and Exchange Commission, while the London Stock Exchange suspended all Russian global depositary receipts (GDRs). Meanwhile, sanctions on banks have made the process of transferring cash funds abroad much harder for Russian companies.

A source close to the company said that Ozon was focused on its responsibility to investors. The company has not indicated that it expects to cancel the payment of dividends to investors, and will do its utmost to find a solution for its bondholders, no matter how extreme the conditions, the source added.