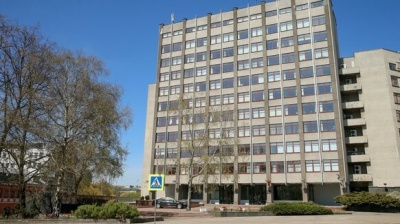 Last week, Fitch Ratings downgraded Belarus’ long-term foreign currency (LTFC) Issuer Default Rating (IDR) from CCC to C; this means that Belarus stands before a probable default. The decision to downgrade Belarus’ IDR came after Belarus’ Finance Ministry announced that it would make Eurobond payments in the national currency instead of US dollars due to payment issues with international clearing systems.

According to Fitch ratings, “This contravenes bond documentation that does not allow for settlement in alternative currencies.”

In case Belarus does not manage to make its next 2027 Eurobond payments on the original terms, i.e. in US dollars, Fitch will downgrade Belarus’ LTFC IDR to RD (Restricted Default).

Belarus’ finance and economy ministers have limited manoeuvrability as they are forced to conform to the presidential administration and the Security Forces’ continued escalation with the West, which constantly leads to more sanctions.

Belarus’ Ministry of Finance is therefore stuck with solving the issues on Belarus’ financial market in the same way as it always has, a problem of path dependency, which it can’t move away from.

Along with the Ministry for Antimonopoly Regulation and Trade, Belarus’ Finance Ministry has for years been depriving its domestic debtors of foreign currency payments to shore up the state’s FX-coffers. Last year, several reforms were made to replace foreign loans given by domestic banks to SOEs with obligations in SOEs denominated in Belarusian rubles.

In the end, this scheme only worsens the private bank sector’s foreign currency liquidity, as they get repaid in obligations that are backed by nothing. As Fitch Ratings reports, Belarus’ Finance Ministry is now attempting to pull off a similar scheme concerning its Eurobonds.

Belarus’ Ministry of Finance is planning to, with the Eurobond holders’ consent, fulfil its debt obligations on an “alternative basis”. This could include a replacement of the debt obligations with government securities on the Belarusian financial market. These government securities may be denominated in US dollars but would nevertheless be paid in Belarusian rubles.

Such a move won’t work with international investors and is leading the country towards default.

When Belarus’ Finance Minister, Yuri Seliverstov, explained the reasons for the Finance Ministry’s decision, he was notably irritated with the international clearing systems "freeing themselves from any liability and responsibility, citing the sanctions as the reason."

At the end of his speech, Seliverstov announced that Belarus had made Citibank its designated paying agent, which would have to access the Finance Ministry’s Eurobond payments through an account in Belarusbank, thereby putting the ball in Citibank’s court.

However, Citibank did not play as Seliverstov had hoped. On July 7, Citigroup informed Belarus’ Finance Ministry that it would no longer operate as a paying agent for Belarus’ Eurobonds. The decision would come into force within 60 days.

Throughout the regime, officials are most likely also sensing an incoming default along with a tough financial situation for the country.

On July 6, Belarus’ National Bank reported that weekly liquidity operations for banks would be suspended from July 6 and onwards. The reason for this was to “stimulate redistribution of resources on the financial market.”

Most likely, the Belarusian regime is now tightening its grip on foreign capital in the financial system in order to prepare for an even tougher financial situation ahead.