Latvia to restrict the reissuance of residence permits for Belarusians 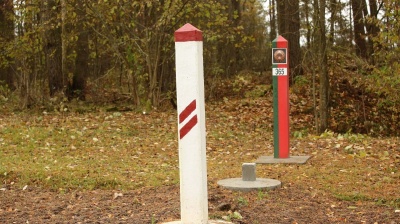 As several EU countries have recently imposed or plan to impose strong restrictions on the issuance of Schengen visas to Russians, Belarusians are also facing restricted access to visas to the EU.

On August 18, Latvia’s Interior Ministry announced that it had made draft amendments to Latvia’s Immigration Law that would lead to the suspension of the reissuance of residence permits to Russian and Belarusian citizens until June 30, 2023. The Latvian parliament already adopted a similar restriction in April.

The new draft amendments stipulate that people who wish to extend their stay in Latvia will need to apply for permanent residence in the EU, and with this also follows proving their knowledge of Latvian and availability of sufficient funds. These restrictions will apply to both short- and long-term visas.

Latvian employers’ ability to maintain Russian and Belarusian workers will be affected by these amendments, although trans-border cargo and passenger transportation companies are exempt due to their importance to the Latvian economy.

On August 16, the parliamentary secretary of Latvia’s Foreign Ministry, Zanda Kalnina-Lukaševica, told Latvian media that a “thorough audit” of Latvia’s residence permit issuance to Russians and Belarusians was needed.

According to Kalnina-Lukaševica, the proposed draft amendments would specifically focus on catching people who’ve received temporary residence permits for investment reasons such as purchasing real estate.

As punishment for Vilnius's strong support for the Belarusian opposition, the Minsk regime forced Lithuania to close its Consulate General in Grodno and to reduce its staff at Lithuania’s Embassy in Minsk to one person.

Ahead of the anniversary of Belarus’ 2020 presidential election, parts of the Belarusian opposition complained that “Lithuania does not issue any visas at all,” adding that Belarusians have to flee illegally across the border.

A large Belarusian diaspora is forming in the EU

This shows that despite large queues at visa centres in Minsk, the high bribes allegedly needed to obtain Polish humanitarian visas (ranging from $500 to $1,500, according to one opposition activist), Belarusians have been and are still heading en masse for the EU.

A large and ever growing Belarusian diaspora is forming, and the responsibility of caring for this new diaspora’s rights, well-being and integration falls upon the exiled opposition, since most of the Minsk regime’s co-operation with EU countries has been terminated. Moreover, the Minsk regime is less than interested in helping a diaspora which largely resents it with anything apart from formalities.

However, the exiled opposition, as it struggles to maintain its relevance, can use this diaspora’s discontent with the Minsk regime, can foster a Belarusian cultural revival for them, as Belarusian culture is heavily oppressed in Belarus, and can show that it is they who care for Belarusians' best interests abroad.