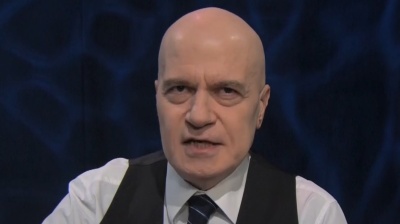 Bulgaria will hold an early general election this autumn, most likely in October, after parties in the current parliament failed to form a new government.

When it quit the ruling coalition in June, There Are Such People (ITN) threw the country into a deep political crisis that is overlapping with surging inflation and instability caused by the Russian war of aggression in Ukraine.

ITN said it was willing to return to negotiations with its former coalition partners — Change Continues, the Bulgarian Socialist Party (BSP) and reformist Democratic Bulgaria — but after the third and final mandate to form a government was given to the BSP, ITN refused to rejoin the coalition.

On July 22 ITN’s leader, the showman Slavi Trifonov, announced in a statement on his 7/8 TV channel that the party will not back a government with the mandate given to the BSP and will no longer hold talks on a possible coalition.

The showman-turned-politician was angered by a leaked recording of an internal meeting of Democratic Bulgaria’s parliamentary group earlier on the same day. Due to a technical mistake, the meeting was broadcast live in parliament, even though it was supposed to be private.

Trifonov overheard Democratic Bulgaria’s co-leader Hristo Ivanov calling ITN ‘mafia’ when discussing the coalition talks. Ivanov commented on the fact that Change Continues had joined coalition talks with the BSP, knowing that the BSP was also in talks with ITN.

“This practically means that they [Change Continues] can no longer say that There Are Such People are 100% mafia and we are 100% white [referring to the interpretation of ‘white’ in Bulgarian as ‘innocent’],” Ivanov said.

Trifonov was angry that ITN were called ‘mafia’ and accused Ivanov of putting an end to the last chance for a government within the current parliament.

“Ivanov said directly that they are calling us mafia not because it is true but because this makes them look 100% white,” Trifonov said.

In the leaked conversation, Ivanov also said that ITN should not demand to have ministers in the new government and that Democratic Bulgaria should not make such demands either, as the reforms agenda and avoiding an early election ahead of the upcoming winter is more important.

Trifonov interpreted this as a demand that ITN should not want to have ministers and accused Ivanov and Change Continues of holding fake talks.

“Why are there even negotiations? What are they simulating conversations for? So that we are the mafia and blame everything on us? It is important that I am mafia, that There Are Such People is the mafia, while they [Change Continues and Democratic Bulgaria] are white and justify their ineptitude with us,” Trifonov said.

BSP leader Kornelia Ninova said, following Trifonov’s statement, that her party will decide on July 25 on which date to return the failed mandate to President Rumen Radev. Unlike the first two mandates, which can be held no longer than a week, the last one can be held without a specified timeframe. Ninova could decide to give the parliament and the outgoing government more time to adopt key legislation changes, or to return it immediately.