NEMETHY: From rubble to petroruble: towards the birth of a new monetary order? 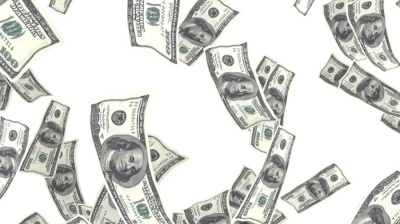 The global monetary order is going to change and become based on commodities as a reserve, not the dollar. But it is going to take a long time to happen. / wiki
By Les Nemethy CEO and founder of Euro-Phoenix Financial Advisors April 4, 2022

The recent sanctions against Russia catalysed a sudden fall of the ruble from RUB81 to the dollar to RUB150. But between March 7 and April 3, 2022, the ruble miraculously recovered to RUB85 to the dollar. What happened?

Very simply: Russia declared that from April 1, gas deliveries to “unfriendly” countries must be paid in rubles or gold. The Russian central bank also agreed to buy gold at RUB5,000 per gram, effectively linking the ruble to both gold and oil.

The Russians were able to strengthen their currency by (a) increasing demand for rubles (e.g. gas importers had to buy rubles to buy gas) and (b) tying it to gold. Russia just announced that this will be the prototype for other commodities in future (e.g. wheat, fertiliser, etc). Terms of trade also shifted massively to Russia’s advantage, (i.e. the prices of energy and food-related commodities, Russia’s main exports, soared).

In this financial war, each side played to its strength – the US to its control of the US dollar payment system, the Russians to their strength in energy (being the world’s largest gas exporter and third largest oil exporter).

Zoltan Pozsar, a well-known Credit Suisse analyst and former US Treasury official, stated that we are entering a new monetary order, which he calls Bretton Woods III: “Commodities are real resources … and resource inequality cannot be addressed by QE…you can print money, but not oil to heat or wheat to eat.”

For Pozsar, Bretton Woods I was the post-World War II agreement that established a gold-backed US dollar as global reserve currency. Bretton Woods II began in 1971 when Nixon “temporarily” suspended the gold backing of the US dollar.

“We are [now] witnessing the birth of Bretton Woods III – a new world (monetary) order centred on commodity-based currencies in the East that will probably weaken the Eurodollar system and contribute to inflationary forces in the West…It used to be as simple as 'our currency, your problem.' Now it’s 'our commodity, your problem'.”

Pozsar believes that the Bretton Woods III era will be characterised by higher inflation and higher interest rates. Governments will substitute foreign currency reserves for commodity reserves. Demand for dollars will be lower, as fewer dollars will be held in reserves, and more trade will be done in other currencies.

The two charts below illustrate the decline in past years in the use of US dollar, both as a share of global reserve currencies and its share as currency used in international trade:

According to a very recent IMF working paper, “The Stealth Erosion of Dollar Dominance”, “the reserve managers have moved out of dollars in two directions, with one quarter headed into the renminbi and three quarters into currencies of smaller countries that have traditionally played a limited role as reserve assets.”

There is a fear that the seizure of Russian reserve assets may accelerate the trend.

According to Pozsar, “When this crisis (and war) is over, the US dollar should be much weaker and, on the flipside, the renminbi much stronger, backed by a basket of commodities.”

In my opinion, the Chinese are much more natural allies with Russia in this form of monetary/commodity warfare than allies in the military sense. You may recall that in February, 2022, Russian President Vladimir Putin and Chinese President Xi Jinping signed a joint statement calling for a new world order. The Chinese have made no secret of their desire to carve out a global role for the yuan.

In no way should this article be interpreted as predicting sudden collapse of the US dollar in the short to medium term. The US dollar remains extremely dominant, both in trade and reserve currency functions; a more likely scenario is long-term erosion.

Currently the Chinese and Russians seem to be playing the currency game more creatively than the Americans. The Fed has painted itself into a corner on inflation. We are still in the early stages of a long-term decline of the US dollar. While the trend is inescapable, it is not irreversible: an economic implosion in Russia or real estate crisis in China, for example, could slow or reverse the trend.

Think of the world monetary order today as a game, where the rules are changing all the time – not suddenly, but gradually – there is no referee. You have to figure out how the rules evolve as you go along, adding to the challenge of the game.

Les Nemethy is the CEO and founder of Euro-Phoenix Financial Advisors Ltd. and a former World Banker