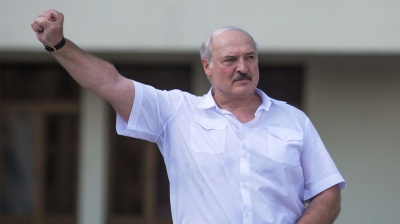 As a Chatham House poll in April showed, Belarusians don’t support the idea of Belarus’ army actively joining the war, and many analysts say that the Belarusian regime understands this and is afraid to do so.

Yesterday’s article discussed the reason behind Belarus’ continuous military exercises and its possibility to pose a future military threat to the region, and Belarus could very well become the western forefront for Russia’s future military plans.

Moreover, Belarus has for the past two years not only worried its neighbours by increasing its war rhetoric and troop movements. The Minsk regime has also gradually made Belarus into a pariah state and the regime’s previous attempts to position itself as a regional security guarantor have been and are continuously being undone since 2020.

When will Belarus see a political “thaw”?

In May last year, Belarus showed how far it was willing to go to forcibly bring back opposition activists to the country when it scrambled a fighter jet to force the pilots of a passenger plane flying over Belarus to land so that they could arrest the oppositional journalist Roman Pratasevich and his girlfriend Sofia Sapega.

As if this wasn’t enough, Belarus’ relationship with its neighbouring EU-countries Poland, Lithuania and Latvia sharply deteriorated as the Belarusian regime created a migration crisis along its borders with the EU. Belarus’ support for Russia’s invasion of Ukraine became the nail in the coffin, after which a return to its previous neutral position in Western-Russian geopolitical conflicts has been made impossible.

While there has been some signs that Lukashenko is attempting to ease relations with the West and appear “friendly” and co-operative, he is also constantly engaging in propaganda and performing actions which worsen his relationship with the West. His constantly contradicting moves show that it is too early to say if Lukashenko is actually trying to break his political isolation or not.

After previous Western sanction rounds against Lukashenko’s regime, there has always been a certain political “thaw” with a short period of liberalisation in the domestic political sphere before more political repressions ensued.

However, the current mood among the power circles in Minsk makes such a political thaw impossible, and since 2020 the Minsk regime has been on a rampant repression spree with no clear end in sight. With Russia’s invasion of Ukraine, this spree is unlikely to end unless a new status quo or security order is established in Europe, within which the regime feels safe.

After such a security order has been established, Belarus will inevitably end up on the Russian side without any prospects of returning to a neutral position unless there’s a clear thaw in West-Russia relations.

Shortly after the grabbing of Pratasevich and Sapega in May last year, Oleg Gaidukevich, a member of Belarus’ National Assembly who has previously been accused of torturing protesters, wrote on Facebook that other opposition activists can be forcibly brought back to Belarus from Poland and Lithuania in the trunk of a car.

While talking to reporters from state media outlets on June 3, Lukashenko answered a question on whether people on the KGB’s terrorist list could be forcibly brought back to Belarus. Lukashenko’s reply was that “If I am being absolutely honest, now is probably not a good time. Time will come and you will see.” To give some perspective, the exiled Belarusian opposition leader, Svetlana Tikhanovskaya, is one of the people on this list.

Being a small country that lacks in military might, Belarus’ could in the coming years opt for increased power projection by its special services. We should take Lukashenko’s words seriously, as these kinds of threats have been shown to be able to translate into real actions, just as Lukashenko’s war threats against Ukraine during the second half of 2021 translated into action in February 2022.

Thus, while Belarus’ army may not actively join Russia’s invasion of Ukraine, Belarus remains a security threat to the EU and Ukraine; and Belarus' further integration with Russia will exacerbate this threat, and make the regime align itself even more with Russia's geopolitical plans.

The militarisation of Belarus, border provocations by Belarusian military and border guards, and power projections by the KGB into neighbouring EU countries and Ukraine will likely become regular themes for the region in the coming years.

We should take Lukashenko’s and his regime propagandists’ threats seriously and also analyse them in conjunction with Russia’s interests, since Lukashenko and Putin's interests quite often coincide, and Lukashenko often says out loud what Putin avoids talking about.