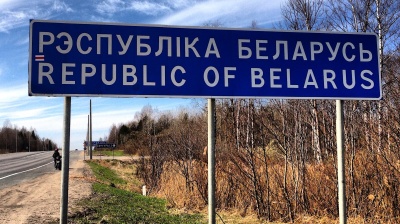 On May 27, Belarusian state media reported that foreign citizens would no longer be required to show PCR test results or certificates of vaccination against coronavirus (COVID-19) in order to enter Belarus. The decision came into force already the next day.

Belarus is becoming more and more inaccessible to reach by air and an overall less tempting travel destination due to its support for Russia’s invasion of Ukraine, increased tensions with the West and western sanctions. This development is definitely hitting the regime’s attempts to establish a tourism sector hard, but it also decreases the inflow of foreign investments and foreign currency spending in the country.

Entry by land from the EU

The Belarusian regime’s brutal repression of its citizens after the 2020 presidential elections was not exactly received positively by the people living in post-Soviet Lithuania, Latvia and former socialist Poland. It’s estimated that over a 100,000 Belarusians fled to the neighbouring EU-countries in fear of repression or because they simply could not stand living under the repressive regime any longer.

Furthermore, last year’s migrant crisis between Belarus and the EU prompted Poland, Lithuania and Latvia to build border walls along their borders with Belarus, complemented by camera surveillance. Poland’s border guard announced last week that its border wall, complete with all camera surveillance, would be finished by the end of June.

Poles, Lithuanians and Latvians’ worsening perception of Belarus along with the countries’ respective governments’ travel warnings are clearly worrying Minsk, as seen by the sudden liberalisation of its border controls.

Between April and May this year, Belarus introduced a Visa-waiver for Latvians and Lithuanians travelling to Belarus by land. The waiver was recently extended to 2023. According to state Belarusian media, Belarusian strongman Alexander Lukashenko on May 27 also “gave instructions” to remove all travel barriers for Lithuanian and Latvia citizens wanting to visit Belarus, most likely in an attempt to show a friendly position towards these countries and appear as a benevolent leader.

Lithuania’s and Latvia’s governments have still warned their citizens of travelling to Belarus due to possible malicious intentions from the Belarusian side. To this, Lukashenko retorted that “Since they don't want the people to say that Belarusians live a normal life, they simply don't let them out. Here is democracy for you,” during his Easter speech.

Ironically, Lukashenko also referred to himself as a dictator in the same speech while telling Belarusians that “you've criticised me for dictatorship time and again. But this dictatorship ensures order. You would be naked and poor if not for the dictatorship.”

The route from Ukraine and entry by air

As if the domestic repressions and the migrant crisis weren’t enough, Belarus’ support for Russia’s invasion of Ukraine has made it look even worse. Ukraine is today propping up the border checkpoints it shares with Belarus with concrete in order to prevent future border breaches and has terminated almost all economic relations with Belarus.

Because of this, Ukrainians are both having a hard time reaching Belarus as well as staying there, since their cards most likely won’t work due to western sanctions on Belarusian banks and the Ukrainian government’s bilateral financial sanctions against Belarus.

In addition to this, the EU and Ukrainian ban on Belarusian planes entering their airspace following the Belarusian regime’s forced landing of a passenger plane between Greece and Lithuania last year has caused most foreign air carriers to leave Belarus. The only air carriers currently operating in Belarus are Belarus’ Belavia, Russia’s Aeroflot and Uzbekistan Airways.

Only last week, Israel banned Belarusian planes from being serviced in the country, halting all of Belavia’s flights to Israel. Moreover, Turkish Airlines, which previously offered an alternative route from Belarus to the EU through Turkey, can’t operate in Belarus anymore due to the war in Ukraine. This leaves Belarusians with relatively few options to leave the country by air, and foreigners with relatively few options to enter by air.

Since EU flights are today bypassing Belarus, the country’s air navigation company Belaeronavigatsia has serviced twice as few flights over the past four months. Recent EU sanctions that also ban the lease of aircraft to Belarus have reduced the country’s flagship carrier Belavia’s fleet from the 29 aircraft it had last year to its current 17.

While the decreased revenue that this entails is certainly not enough to cause any immediate crisis for the Belarusian state budget, it is nevertheless a nuisance to the regime, and drastically lowers employment opportunities in the tourism and flight sectors.

The regime is therefore likely hoping to partly increase the country’s relevance as a travel destination, receive foreign currency from visiting foreigners and to normalise relations with some of its neighbours by removing entry requirements. However, the possibility of success for any of this is strongly limited. Other than possibly receiving a more visitors from Lithuania and Latvia who wish to visit friends and family in Belarus, the country will likely continue to become increasingly isolated.

Russians view Baltic States as a threat
VISEGRAD BLOG: When Eastern European states speak out they are now listened to
No tanks for Ukraine at Ramstein meeting