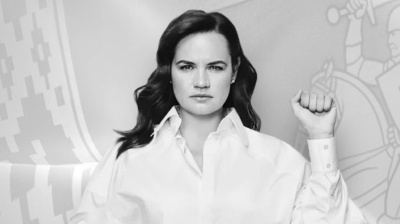 US President Joe Biden met Belarusian opposition leader Svetlana Tikhanovskaya in the White House on July 28, in a strong sign of support for opponents of Belarus’ authoritarian President Alexander Lukashenko.

Tikhanovskaya has been in the US since July 17, seeking support from the US government for the opposition’s struggle to remove Lukashenko, who embarked on a brutal crackdown on dissenters after the rigged August 2020 presidential election sparked mass protests.

“I was honored to meet with @Tsihanouskaya at the White House this morning. The United States stands with the people of Belarus in their quest for democracy and universal human rights,” Biden tweeted after the meeting.

“Thank you, @POTUS, for a powerful sign of solidarity with millions of fearless Belarusians who are peacefully fighting for their freedom. Today, Belarus is on the frontline of the battle between democracy and autocracy. The world stands with us. Belarus will be a success story,” wrote Tikhanovskaya on the microblogging site.

Tikhanovskaya told AFP after the meeting that the meeting was “ a message to the whole world that the greatest country in the world is with us”.

"We talked about multiple points of pressure on the regime to force him to stop violence, release political prisoners and start dialogue,” she added.

Before meeting with Biden, Tikhanovskaya met with several other senior US officials including Secretary of State Antony Blinken and White House national security adviser Jake Sullivan.

She has been urging the US administration to introduce stronger sanctions on Lukashenko and had even given officials a list of entities to target including top companies such as potash concern Belaruskali, as reported by CNN.

Before the political crisis began relations between the US and Belarus had been improving. After the mass protests broke out in the wake of the disputed August 9 presidential elections the US joined Europe in imposing sanctions on Belarus. In protest Belarus has refused to issue US ambassador Julie Fischer with a visa.

Two months ago, the EU cracked down on Belarus by imposing multiple rounds of sanctions that were ramped up to some of the harshest ever imposed after Lukashenko forced a commercial Ryanair flight to land in Minsk and arrested top opposition blogger Roman Protasevich and his girlfriend.

Tikhanovskaya arrived in Washington as Lukashenko renewed a crackdown on the media, harassing and jailing dozens more journalists.

Tikhanovskaya, who ran for the presidency after her husband and other prominent opposition leaders were prevented from running, is widely believed to have been the real winner of last summer’s rigged vote. She took refuge in Lithuania shortly after the election.

Earlier this month, a Belarusian court sentenced Viktor Babariko, a popular former banker who also planned to run against Lukashenko  in 2020, to 14 years in jail on what are widely seen as politically motivated embezzlement charges.