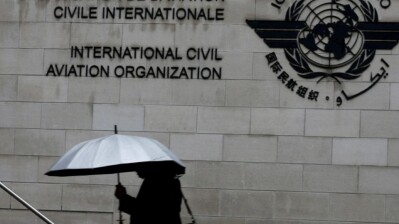 On May 23, 2021, Ryanair Flight FR4978 landed in Minsk after Belarus sent a military jet to escort the flight while the control tower from Minsk International Airport told the pilots that there was a bomb on board. After the plane had landed, Belarus’ Interior Ministry’s special forces arrested Belarusian journalist and dissident Roman Pratasevich along with his girlfriend Sofia Sapega.

Their arrest immediately gained large international attention. Western governments were quick to point out the arrests’ relation to ongoing political repressions in Belarus and questioned the Belarusian authorities’ claims of a bomb on board the Ryanair flight.

To prove the legitimacy of the arrests, Belarus quickly began releasing videos with Roman Pratasevich confessing to various crimes as well as other videos with him condemning the Belarusian opposition. However, the entire time Pratasevich was being held by the Belarusian security service, the KGB. Belarus’ opposition and Western governments instead accused Belarus of using Pratasevich for propaganda purposes.

Western governments (along with many other countries in the Balkans and also Japan) closed their airspace for Belarusian state-owned aviation company Belavia. Furthermore, Western airlines were told not to fly over Belarusian airspace anymore, which led to immensely reduced air traffic at Minsk International Airport and a cut in the fees which Belarus takes for foreign airlines to use its airspace.

Belarusian authorities dismissed the West’s accusations, demanded an investigation by the council of UN’s civil aviation agency (ICAO) and repeatedly stressed that Western governments’ conclusions were biased. They also claimed that by closing off their airspace for Belarusian aircraft, Western governments were the ones who had broken the Chicago Convention and not Belarus.

However, the conclusions reached by the ICAO’s fact-finding mission have not supported the Belarusian authorities’ position.

In its first report on the matter released in January this year, the ICAO determined that the bomb threat was deliberately fake, although without pointing any fingers as to the ones responsible. Moreover, they were unsatisfied with the materials given by Belarusian authorities for the investigation. Six months later, the ICAO concluded that senior Belarusian government officials in fact had given direct instructions to communicate false information about the bomb threat.

In its latest and final report from its fact-finding mission, released on October 31, the ICAO presented new evidence that clearly showed Belarusian officials’ involvement in communicating the false information.

The ICAO had through co-operation with US authorities been able to meet and interview the air traffic controller who told the pilots on the Ryanair Flight about the alleged bomb threat. While the testimony of one person can be easily doubted, the controller had made a recording with his phone of his conversation with Belarusian officials who gave him instructions on how to communicate the false information.

According to the controller, two men walked into the control centre on May 23, 2021, one of them identified as the director-general of Belarus’ air navigation service provider (Belaeronavigatisa). The other man, the controller suspected, came from the KGB.

In the recording, the two men can be heard giving instructions to the controller on what to say, even making up the code of the threat to be “red” on the spot. The two men also appeared to be worried that the Ryanair crew was “deliberately” playing for time when the pilots didn’t want to land, as if they sensed that the pilots might have understood that the bomb threat was fake.

After its latest the report, the president of the ICAO concluded that Belarus had deliberately staged the bomb threat for political purposes, thereby breaking the Chicago convention. On its session held between September 27 and October 7, the ICAO Assembly adopted a resolution, which condemned the actions of the Belarusian government for “committing an act of unlawful interference that deliberately endangered the safety and security of Ryanair Flight FR4978 and the lives of those on board.”

The ICAO’s report was also forwarded to the UN Secretary-General for information and suggestions on any appropriate further action.

The beginning of the end for the Belarusian flagship SOEs

While Belarus had come under sanctions before, the measures taken by Western governments against Belavia were unprecedented. The effects for Belavia were immediate; while a sanctioned company can substitute its input products from Western manufacturers with (for instance) Chinese or Russia ones, Belavia can’t simply make up new destinations. Belavia’s exclusion from its Western destinations also deprived Belarus of any prospects for developing a vibrant tourism sector, or in gaining an improved international image.

This year, flights between Russia and Belarus have increased, as Russians are eager to go to Belarus for “sanctions-free” shopping, buying Western brands such as Zara, Massimo Dutti, Calvin Klein or Levi's. Another popular activity is to open a bank account with a Belarusian bank that still issues Visa or Mastercard bank cards. However, as sanctions bite deeper, even this temporary increase in Russian visitors may soon come to an end.

The Belarusian authorities’ scramble for an explanation and legitimisation of the event could indicate that they actually didn’t think that the incident would receive such a strong international response.

The economic model of Belarusian strongman Alexander Lukashenko has mostly been based on cheap Russian energy and loans from Russia to support failing SOEs, while the flagship SOEs have helped to preserve some degree of economic independence for this regime from Russia.

However, this year’s Western sanctions against Belarus’ oil and potash sectors, the transport sector, cigarette manufacturing and many more have diminished the revenues from these flagship SOEs. The reduced revenues have severely undercut Belarus’ state budget, and heavily increased its dependency on trade, transport and R&D co-operation with Russia.

Belarus continues to attempt to keep its SOEs alive, competitive and growing; however, this is becoming increasingly harder, as they depend mostly on how willing the Kremlin is to continue to give considerable financial support. Belarusian authorities also plan to take several Western countries to court over sanctions or the seizure of Belarusian state companies’ foreign assets; however, these lawsuits will hardly lead to a removal of sanctions.

The Ryan air incident of 2021 could be seen as a sort of prelude to what’s happening today. When Belavia lost its Western markets, Belarus not only lost a somewhat important income source and employer but also a symbolically important flagship SOE. Many other Belarusian SOEs struggling today are already (or will soon be) facing a similar fate.

Poland basks in the glory of being Europe’s chief ally of Kyiv
2 days ago
Russia forges ahead with gas ambitions in Uzbekistan, Kazakhstan
3 days ago
Mongolian government accused of rushing through veiled law that dismantles freedom of speech
4 days ago
Russia is preparing for spring mass mobilisation
4 days ago
Davos climate change debates hindered by lack of Russian, Chinese delegates
4 days ago